Two men were convicted of perjury by the Court of First Instance on Sint Maarten on Wednesday, December 21, 2022. 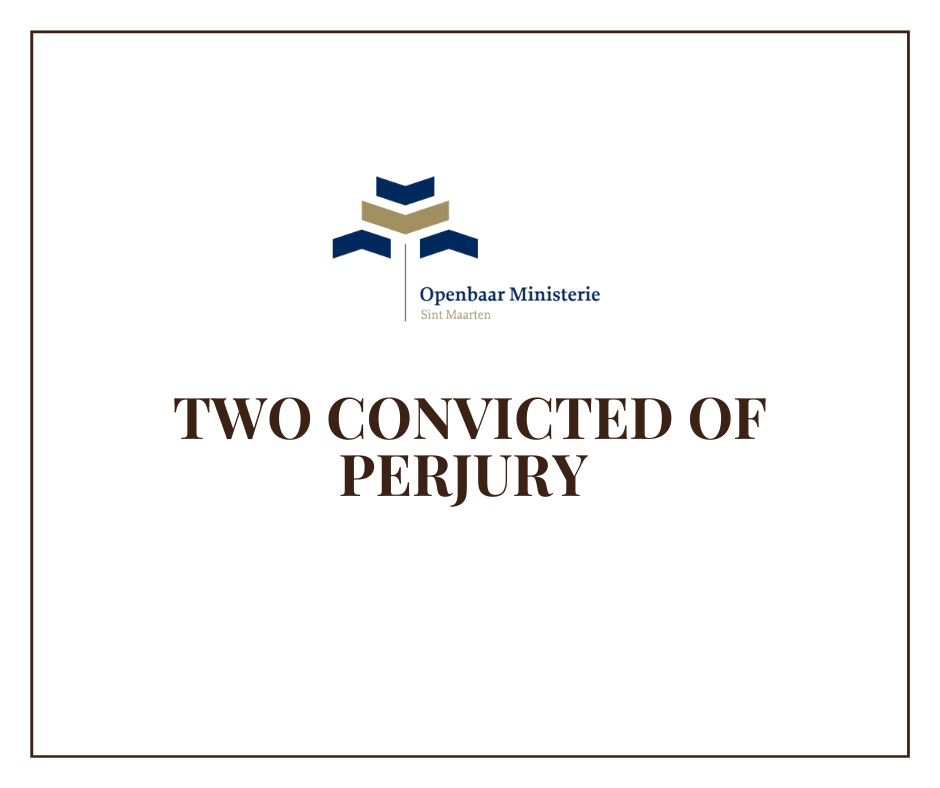 L.B. and K.R. were both sentenced to three months imprisonment each, as requested by the Prosecutor’s Office, for lying under oath when they testified in the fraud-related "Aquamarine" case that concerned a former Member of Parliament and the construction sector.

The two men were suspected of perjury in that case. The Prosecutor’s Office pursued this in Court as this kind of obstruction is detrimental to the society and to the proper dispensation of justice.

This perjury cases, called "Galjoen" and "Gallei", were conducted by the Central Team which focuses on a specialised approach to combat corruption and undermining crime. The team conducts criminal investigations with a financial-economic component and involving Politically Exposed Persons (PEP), civil servants, government NVs, facilitators or public sector organisations. These cross-border crimes often include serious forms of tax fraud and money laundering in addition to corruption.