The Court of First Instance on Sint Maarten has sentenced a thirty-year-old man to eighteen years imprisonment for shooting a pregnant woman in her belly on Boxing Day, December 26, 2021. The woman’s unborn baby did not survive the shooting. She also lost her uterus in the attack. 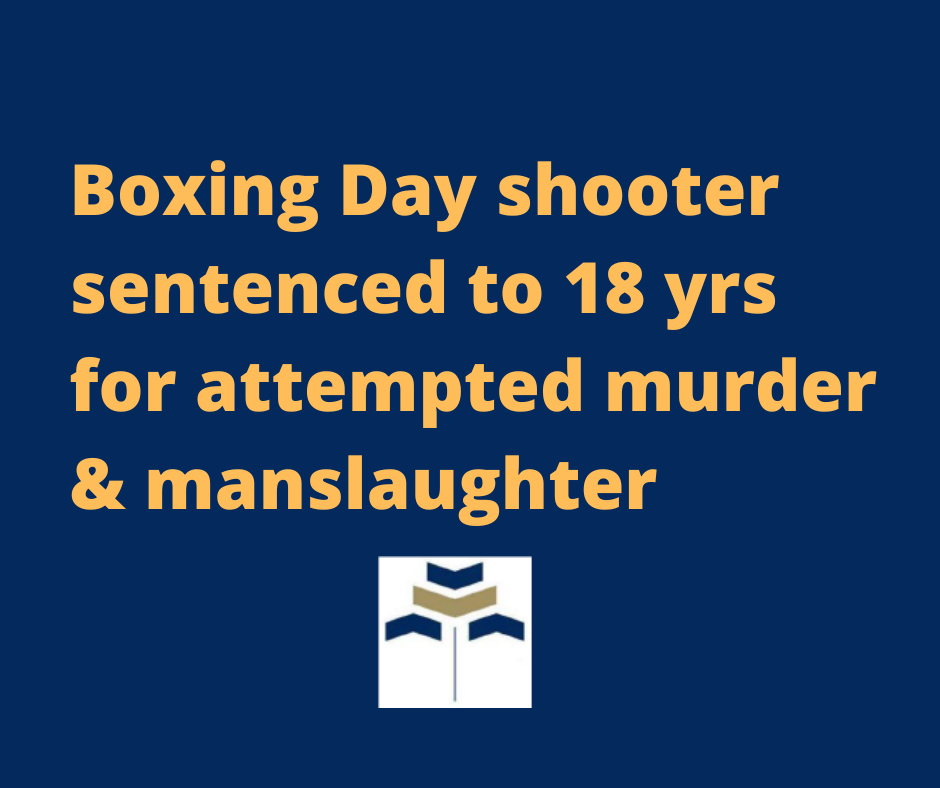 The sentencing covers attempted murder (the shooting), attempted manslaughter (attempted strangulation earlier in the day prior to the shooting) and possession of a firearm.

When presenting the case, the Prosecutor had noted: “One thing is clear in this case, the victim had to die on December 26 … The suspect tried to do this on two occasions: first by strangulation and then by shooting her dead.”

“He wanted the victim dead. ‘I’m going to kill you’,” the prosecutor quoted the defendant as

telling the victim. In a WhatsApp message to the victim’s sister, C. had sworn on his daughter’s life that he would kill his ex-partner because she was a “whore”.

The victim was awarded US $50,000 for medical costs, the maximum allowed for damages in the criminal procedure.

This verdict comes two days before November 25 - the beginning of the United Nations 16 days of activism in observance of the Elimination of Violence against Women and Girls. The observation day commences on November 25 and ends on December 10 World Human Rights Day.

Against that backdrop, the Prosecutor’s Office Sint Maarten OM SXM notes that this very extraordinary case shows the nature, circumstances and atrocity of the crimes. It concerns two “attempted” murders committed on the same day with the same victim. This is rather unique, but it highlights the growing problem of relational (domestic) violence taking even more violent turns.

Relational violence, whether directed at women, children or men (as they too can be victims), has social and physiological impacts on the community as a whole. Children can also be victims just by witnessing the violent behaviour at home and are in that way more likely to become relational violence perpetrators or victims themselves later in life. Both the home environment and the streets can feel unsafe for those facing the horror of abuse in any of its forms.

An ongoing case, named “Blue Waters”, the accused is suspected of attacking the victim at night on 31 July 2022. The suspect was hiding in the victim’s car, revealing himself only to severely stab/cut her all over her body and throat. She narrowly survived the incident. The suspect is still locked up. The substantive hearing in this case is set for 1 March 2023.

The police and OM are confronted frequently with cases of relational violence covering all forms of relationships and situations. These frequent occurrences are one of the reasons the OM SXM and SJIS Probation Office joined forces against relational violence in the Domestic Violence and Mediation Project, made possible by R4CR.

With support from police,  mediation is introduced in cases where this could be helpful. Mediation does not remove the prosecution, but it lays the groundwork for all parties in the case to resolve any differences and helps prevent the perpetrator from reoffending.  Due to the project perpetrators can get behaviour training via the Safe Homes Training on Sint Maarten.

On November 9, a suspect was sentenced by the Court of First Instance to a partly conditional jail sentence and the Safe Homes Training for physical abusing his girlfriend in a hotel in Simpson Bay on 16 September 2022.

This Safe Homes Training is also voluntary accessible to any families or relations that struggle with domestic violence and want help.  In the upcoming weeks, the police, SJIS, and OM SXM will host a relational violence workshop for police officers.

There is simply no excuse for relational violence. It is harmful to the individual, the family and the community. OM SXM urges all to think before acting out; a simple act can change the life of everyone involved.