A new prosecutor has joined the Prosecutor’s Office Sint Maarten OM SXM, bringing the office back to capacity with four case-prosecutors. In addition to these, there is the chief prosecutor and a prosecutor-in-training. 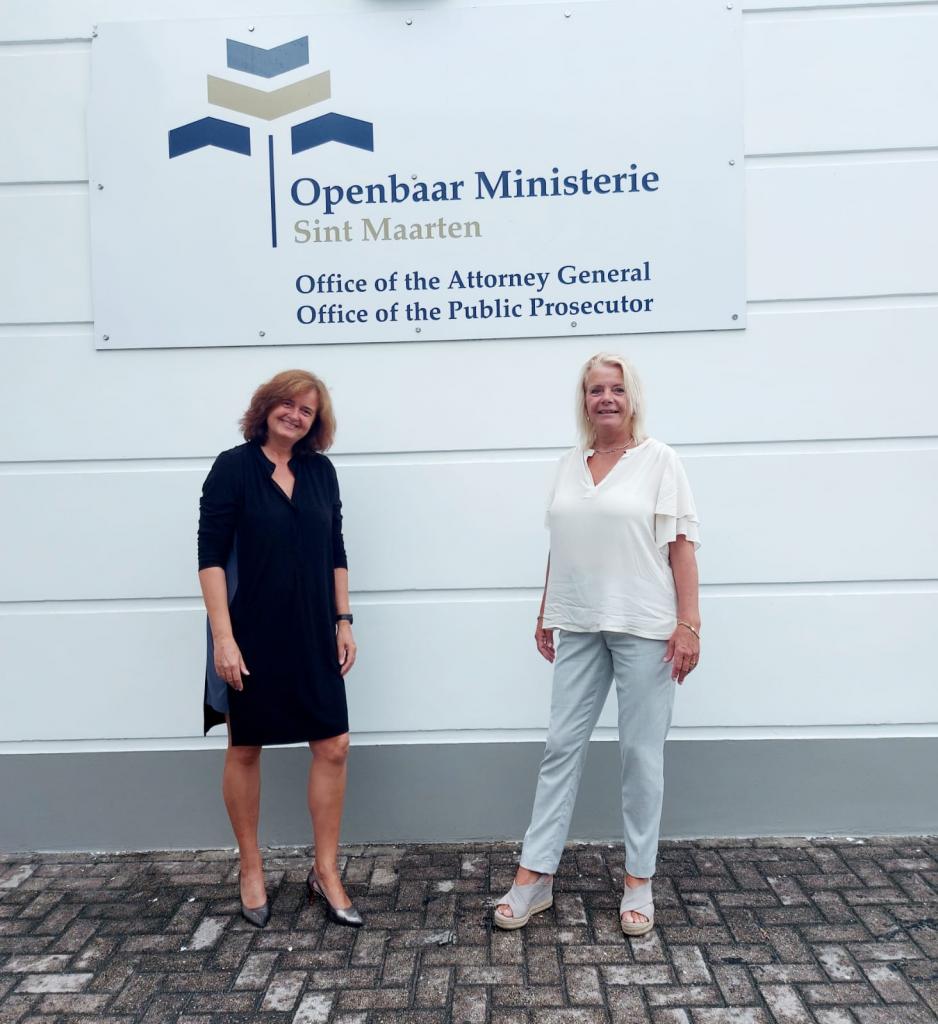 Experienced Prosecutor Marry Oudendijk took the oath of office before Governor Eugene Holiday on July 30. She was sworn in via Zoom, the first prosecutor to be inducted this way, due to the pandemic protocol of the Governor’s Cabinet.

Oudendijk joins OM SXM after two decades with the Prosecutor’s Office of Haarlem in the Netherlands. She plans to apply the knowledge gained in cases over her career to the challenges of Sint Maarten and to bring a fresh perspective to tackling issues and cases here.

“My impression so far of Sint Maarten is the people are kind and friendly. It is like paradise here, but there are still things to do to make it better for all of us in the community,” shared Oudendijk.

Chief Prosecutor Mirjam Mol said the addition of Oudendijk brings OM SXM back to full capacity as the office has been operating for several months with only three case-prosecutors.

Oudendijk’s presence further strengthens the team and aids in the administering of justice as soon as possible. The caseload of the Prosecutor’s Office has been increasing due to the growth of the population and the number/types of crimes committed in the society.

“The return to the full complement of prosecutors means we can execute our tasks, hopefully, more efficiently. We welcome Marry on board and look forward to positive outcomes,” Mol said.

OM SXM is tasked with the enforcement of criminal law on behalf of the country and executes its duties on the premises of the Consensus Kingdom Act Public Prosecution Service.

In the Court of Appeal, OM SXM is represented by the Attorney-General or, on his/her behalf, the solicitor-general.