The Court in the First Instance on Sint Maarten has handed a thirty-year sentence to a 22-year-old hitman responsible for an execution, the manslaughter of his own accomplice, and four counts of attempted murder. He was also convicted for the possession of illegal firearms. 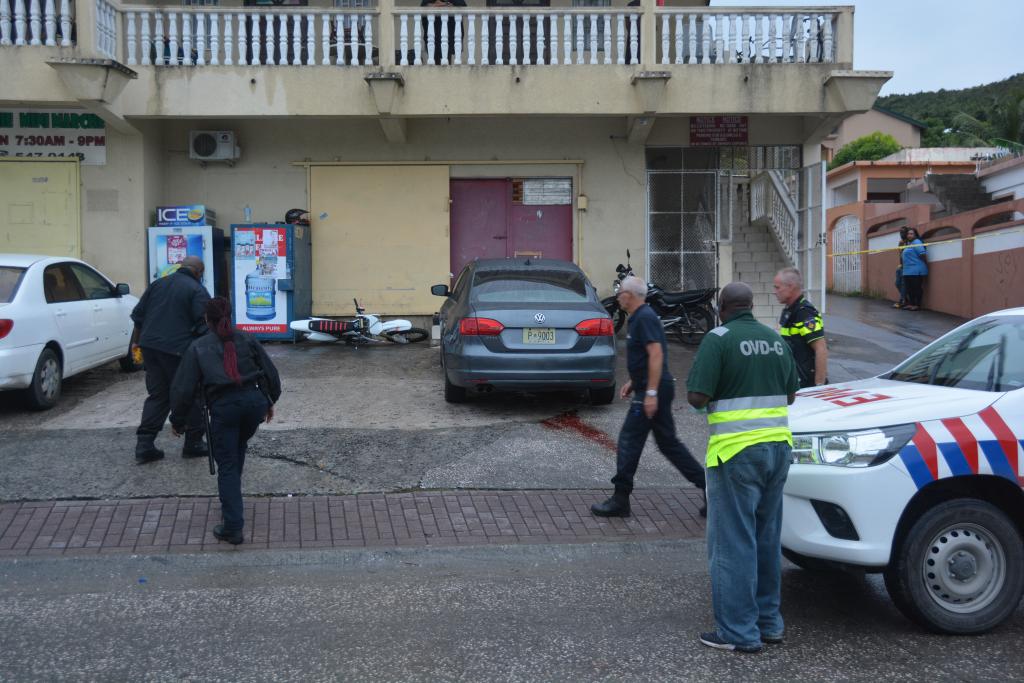 R.J.K.R. was convicted of shooting and killing two men (one of whom was his accomplice) in a broad daylight shooting outside a supermarket in Middle Region in October 2019. He was also sentenced for the attempted murder of three other men at the same time and location.

The hitman is also convicted for the attempted murder of yet another man in Madame Estate in January 2020.

R.J.K.R. planned and executed the murders and attempted murders in collaboration with fellow hitman S.A.T.P. who has already received a life sentence in connection with these shootings.

R.J.K.R. was arrested on January 23, 2020, on the request of Sint Maarten on the French side of the island and was handed over to Sint Maarten authorities on January 31, 2020.

Putting forward the case in court, the prosecutor stated that it was clear that R.J.K.R. has no qualms about endangering completely innocent bystanders in executing his deathly criminal intent. The attack on October 28, 2019, took place in front of a supermarket where people were doing their shopping. One of the men who was shot, as far as the investigation found, had no ties to criminal activities. He had lived abroad for a while, had come to Sint Maarten to witness the birth of his child, and would then leave for the Netherlands.

The tone in which liquidations are discussed is shockingly casual based on the wiretaps that aided the case. On one such tap, R.J.K.R., speaking to his fellow convicted hitman says: “Let's go drop that fast so we can lime later.” They even discussed not getting paid for failed executions. R.J.K.R.: “ … aint making no money nuh dawg'.” During the investigation the hitmen contemplated and prepared are least three more hits.

The investigation also found that the two hitmen had plenty of weapons at their disposal, including a semi-automatic rifle and an AK.

Despite several attempts by law enforcement to get more details about the criminal organization ordering the hits, R.J.K.R. has refused to give content. The question of “why” did these heinous crimes occur may never be answered properly based on the attitude of the convict. This makes it even more difficult for the victims and their families to deal with their loss.

The Prosecutor’s Office OM SXM continues to demand stiff penalties for (attempted) murder and the use of illegal firearms.

The heinous crime of murder robs families of their loved ones and takes that what is most precious to the victim – his/her life. The Sint Maarten society should not have to endure the trauma inflicted by these horrendous acts of violence and, for this reason, OM SXM finds it important for murderers to face punishment for their crimes.