What is the Public Prosecution Service?

The core tasks of the Public Prosecution Service can be divided into three categories:

However the Public Prosecution Service also:

What are the tasks of a Public Prosecutor?

A Public Prosecutor is a law officer (Public Defender) who conducts criminal proceedings on behalf of the government or in the public interest. The police are responsible for investigations when a criminal act is committed, while the ultimate responsibility  for the investigation lies with the Public Prosecution Service.

During court proceedings  the Public Prosecutor  elaborates on the accusations against the suspect.  Thereafter the judge interrogates the suspect about the case. The Prosecutor is also allowed to post questions, as well as the lawyer of the defendant.  In concluding the Prosecutor presents his/her argumentation in support of the penalty demanded.

Justice is always depicted with a scale and a sword, sometimes also with a blindfold. These objects are symbolic of legal tasks.

Justice is the symbol of the judiciary. Every Public Prosecutor and every judge must be impartial, capable of properly weighing the odds of the situation and able to demand or give the right punishment. (Source: rechtersenadvocaten.nl)

The Trias Politica, the separation of powers is an important principle of modern democracy. It goes back to the ancient Greek concept of social organization, and especially to the distribution of the exercise of power. This means a division of power into legislative, executive and judicial power, which may never rest with one and the same person or body.

In the purest form of distribution of powers, the parliament has the power to pass laws, but their implementation and enforcement (e.g. by the police) are left to the government. The parliament acts as controller of the executive branch.

In addition, there are independent judges, who, on the basis of the law (adopted by the Parliament), administer justice and have the power to punish crimes and to judge disputes between citizens. That’s what we call the judiciary. Parliament and the government have no say in the judge’s judgment. 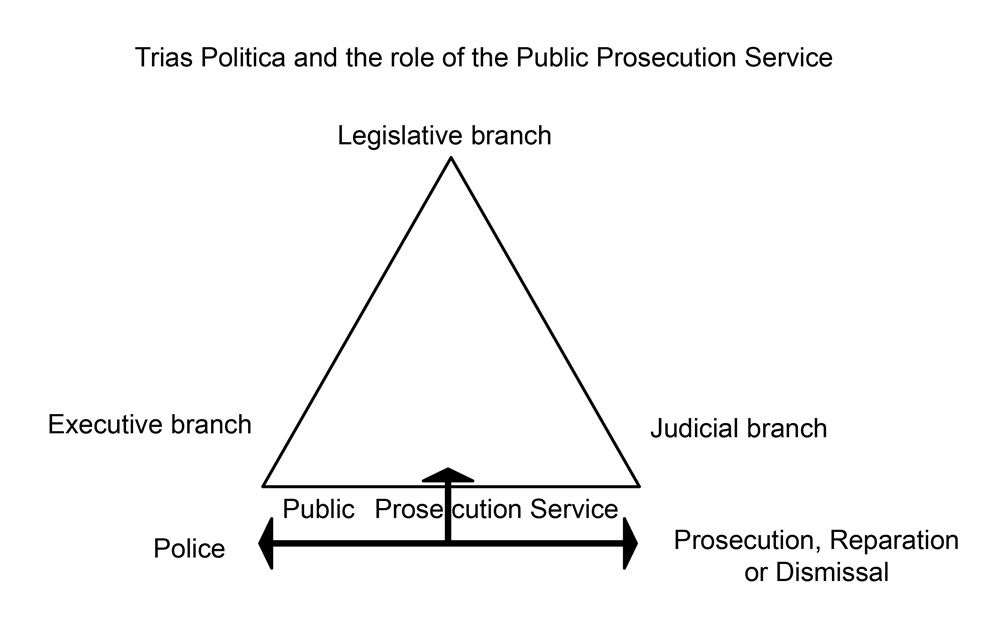